Richie is an Owner/Director of Christchurch Helicopters. He began flying as a private pilot in 2003 and gained both his fixed wing and helicopter commercial licence after finishing his rugby career. He now has a dual role with us as a commercial pilot and in business development. In 2018, Richie obtained his C-Cat Instructors Rating.

Christchurch Helicopters is the leading provider of Helicopter Pilot Training in New Zealand. We offer commercial helicopter work and scenic flights. Why just ride as a passenger in a helicopter when we can give you the opportunity to fly it? 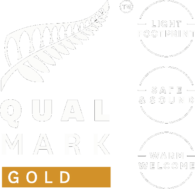